As told to Michael Baers

My cellmate Heiner, who is a bit peculiar, is always borrowing daft magazines from the prison library with titles like Art Forum and Art Papers, Flash Art and Frieze and so on; magazines devoid of redeeming qualities because they’re mostly ads and the type is small, and the pictures aren’t of naked women, or if they are, they’re of the type of girl who looks eminently capable of committing anal rape with a pool cue. It was through Heiner that I first discovered my son Jerry and his mother had become artists. I clearly remember the day I learned of this development. I was working on a paper clip “modesty” curtain to hang in front of the toilet, when Heiner turned to me, yet another art magazine open in his thick hands, and pointing to a picture depicting a cadaverous, slack jawed boy, said, “Kind of looks a bit like you before you got all puffed up and fat and bald.” Snatching the magazine from his hands, I scrutinized the photo.  It appeared to have been taken in some kind of party situation, perhaps in the day ward of one of those new progressive mental institutions you hear about springing up in Sweden and Norway. The walls were covered in Day-Glo scribbles, revelers were staggering about clutching brightly colored plastic cups. In the middle of the crowd stood my son, Jerry, who I had lost touch with since my incarceration, making some kind of obscene hand gesture, while beside him a sneering woman in sunglasses and a cowboy hat was anointing the crowd from a can of Carlsberg. Although she had aged considerably, I instantly recognized the woman as “Mom.” That she was still alive came somewhat as a shock, as did the fact of her notoriety and the apparent adulation of her many fans. And that her collaborator was my very own son…it was like a nightmare, or at least, a very bad dream.

When recently my cellmate, who has made it his job to update me about all things Mom and Jerry, told me they were taking part in a really important exhibition in Finland (though to me this seems like a contradiction in terms), I thought I would write the Museum directly. I think I deserve some credit for their so-called artistic success, being in many ways the responsible party. Plus, I heard there was a cash prize. If Mom and Jerry win, someone needs to tell them to send me a couple kroner. Prison life is no joke, even on the segregated ward.

We were never “intimate” because even for me twelve was a bit young, and besides, her pimp was my second cousin and I’ve always said business and family don’t mix, but as I was friendly with most of the girls on Istedgade I said hello to her when I passed by, gave her a cigarette or bought her a beer with a friendly pat on the ass or tit squeeze, just in the way of seeing how things were developing. One November afternoon, I was on my way to buy a strap-on for the girlfriend of my paralytic neighbor. In the distance I saw Mom leaning against the plate glass window of a sex shop, shivering in her skimpy hooker outfit. This time for some reason I didn’t just cop a feel and continue on my way as I would ordinarily. Temporarily dazzled by Mom’s gamine figure in her faded hip hugger jeans and form-fitting parka, I was taken back to my youthful days in Randers and the village girls in their white parkas who would let you touch them for 50 Kroner behind the Pølser stand.  (In retrospect, I believe I was suffering from withdrawal.) Our eyes locked, as if in a dream I asked, “How much?” Mom told me it would be 150 DK for a blowjob. Well, that was a bit steep, but I said Ok. She wanted to go immediately around the corner to Colbjømsengade where it was possible to hide behind the piles of cardboard next to the Pakistani greengrocer. I suggested it would be more hyggelig at my place in Mælkebøtten, where it was nice and warm and she wouldn’t scratch her knees on the cold pavement. She thought that over for a while, and nodded her consent, flipping her blond bangs coquettishly.

After a short bus ride, we arrived at my trailer. Mom sat down on the couch and I fetched a couple elephant lagers, then sat down beside her. We were silent for a time, sipping our beer and staring at the blacklight Jimi Hendrix poster on the opposite wall. Having never really talked to Mom before, I suddenly found myself feeling bashful, like a teenager confronting for the first time the infinite mystery of unhooking a training bra. I have to confess my nervousness might have come from thinking I could renegotiate the terms, but Mom, I discovered, was a romantic type. She said she was “saving it.” She could blow me or I could fuck her in the ass: those were the choices. I tried to draw Mom out by asking about her past, her family, her hopes and dreams, whether she’d ever had sex with an animal, but she wasn’t very talkative. All I could get from her was she came from the town of ___________ and hadn’t been back since the age of eight. She sat there smoking cigarettes and staring at the ceiling, deflecting my questions with little puffs of tobacco smoke, as if creating a screen between herself and my importunate questioning. Finally she became impatient with me for cutting into her afternoon business. Stubbing out her cigarette on the coffee table, she leaned over and began fumbling at my belt buckle in a determined way. She undid my belt and got my underwear down below my knees, and kneeling between my legs took my cock in her tiny hands. I asked her if by way of inspiration I could sniff it. She told me it would cost extra. I told her never mind. Looking up, Mom asked me what the sores were from. I told her it was just a skin condition, and returning her skeptical gaze to my now tumescent member, she began stroking it robustly. Then she got to work with her mouth.

Mom was a bit snaggle-toothed, but otherwise very efficient. After I came, she wiped her mouth off with a sock lying next to the sofa, and got up to use the bathroom.

I’m a little vague on what happened next. I remember getting another beer and preparing a shot of heroin. Then there was a commotion of some sort. The next thing I remember was awaking to a persistent pounding at the front door. I opened it to 35 Christianitter standing in my front yard, and in the middle of the crowd, Mom wearing the same pissed off look you can still see in photos of her today, pointing an accusing finger, claiming I had raped her. I was given an hour to pack my things, and then cast out into the proverbial night, back to my mother’s apartment in Brønby. In retrospect, that was the beginning of a long, dark period that I prefer for the moment not to remember or talk too much about—on the advice of my attorney—except to say that after many missteps I found myself here, in the segregated ward of Falster Institute of Corrections. Which brings us back to the day my cellmate showed me that copy of Art Forum.

Now, you might ask me how I am certain of being Jerry’s one and only Far, apart from the aforementioned physical resemblance, when the description I’ve supplied of our amorous relations seems to contradict that conclusion? We’ll have to wait for the blood test to be absolutely certain, but I myself have a theory about what happened that night, a bit of masculine intuition if you will. You see, I believe Jerry was fated to be conceived that day, and mere reproductive mechanics weren’t going to interfere with that outcome (no pun intended). What I think happened was this: my sperm, instead of perishing in the poisonous cavern that is Mom’s stomach, made their way like intrepid soldiers through the large and small intestines and out her asshole, where, like tiny marsupial fetuses, they clawed their way blindly, instinctually, to the mouth of Mom’s dubiously virginal cunt, continuing their journey up and inside to their mortal destination.

This explanation answers a lot of questions.  Like how, about eleven or twelve years after the events just described, I began seeing a young boy around Istedgade who ran a specialty business catering to the erotic needs of the clergy—a lad who with his lank greasy hair, sullenness, and importuning expression reminded me of myself as a boy. It also answers the big question I had after Heiner drew my attention to the existence of Mom and Jerry, which is how two such patently untalented individuals, who appear not to have any discernible skill or talent apart from arguing with each other and ingesting copious amounts of drugs and alcohol, could succeed as artists? After researching their artistic output further on the library computer, I concluded only divine intervention—of the sort that had protected my spermatozoa on their circuitous journey up and into Mom’s womb—could account for Mom and Jerry’s success. Heiner says art means looking at the world with different eyes. But do you seriously think I’m going to listen to the advice of a baby rapist? 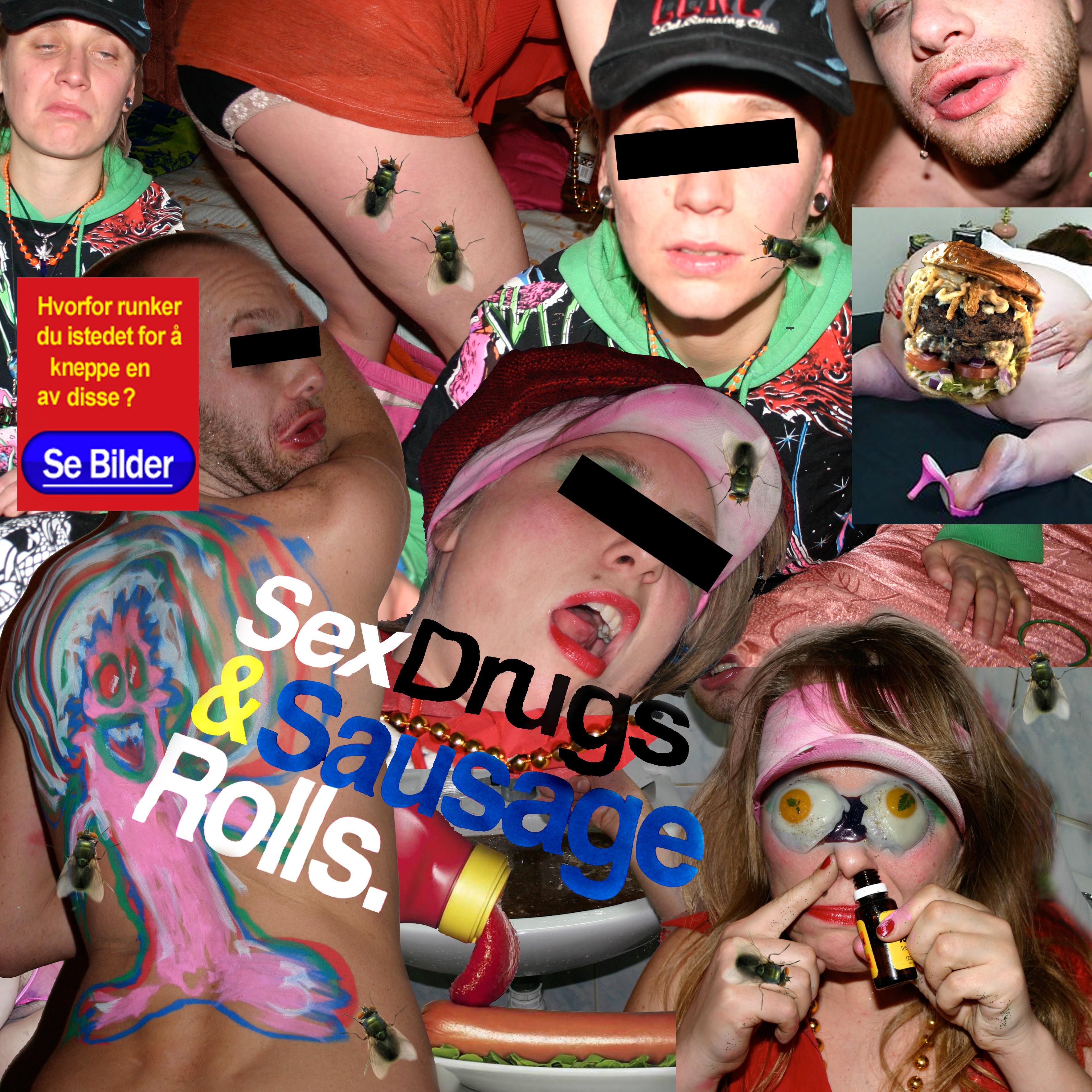